A former Weatherford, Oklahoma resident linked to al-Qaeda gets 13 years in federal prison for false statements made to the FBI, and visa fraud. 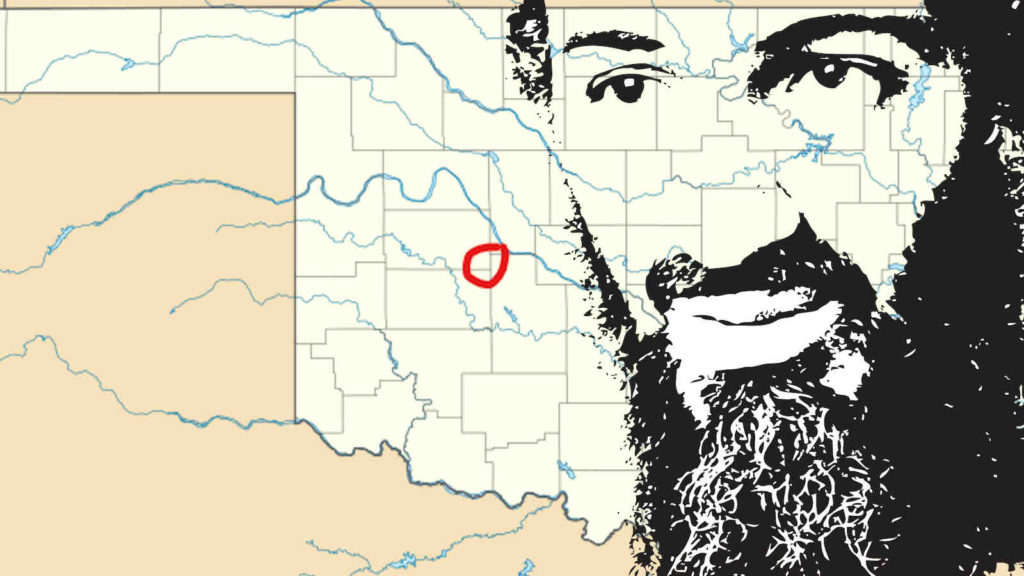 A former Weatherford resident received a 13 year sentence in federal prison on October 3, 2019.

“The U.S. Government identified the defendant after finding his fingerprints on an application to join al Qaeda that the U.S. military had gathered from the battlefields of Afghanistan… We were able to match those fingerprints with fingerprints taken from his U.S. visa application and to determine that he had made false statements in that application in order to conceal his attendance at an al Qaeda training camp in 2000. With the sentence imposed today, he will be held accountable for his crime and removed from the country.”

Who is this guy?

He is a would-be terrorist named Naif Abdulaziz M. Alfallaj. The former Weatherford resident is 35 years old, and is originally from Saudi Arabia. In February, 2018, Mr. Alfallaj was arrested in Weatherford, Oklahoma. He pleaded guilty to two felony counts, including visa fraud and providing false statements to secure an immigration benefit.

After the completion of his 13 year federal prison term, Mr. Alfallaj will be removed from the United States, most likely back to Saudi Arabia.

This is not the first Oklahoma resident linked to al-Qaeda training camps. Several terrorists involved in the 9/11 attacks attended the Airman Flight School in Norman, Oklahoma, prior to 9/11, including Zacarias Moussaoui, who is being held for life without parole at the supermax prison, ADX Florence, “Flomax,” in Florence, Colorado.

Abusers of the U.S. immigration system only make things harder for those with legitimate cases to immigrate to the United States. If you are an intending immigrant, or just want to visit the U.S. for business or pleasure, Christians Law, PLLC is here to help you do it the right way. Tyler Christians is an experienced immigration attorney and can help you with your immigration needs.

Please give us a call or text by clicking or tapping here, check out our contact page here, or scroll down and fill out our short form below, and we will get back to you as soon as possible.

We thank you for visiting tchristians.com.